Channel of The Broken Gun 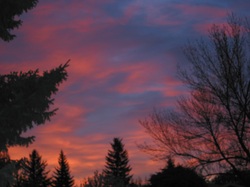 When staring, awe struck and dumb, upon the glorious creations of The Creator - with a dream, my salvation came sprung forth from within me and I began to heal... one second at a time.
Written originally with pen to paper 12 years ago, while living in Italy with his brother, Channel of the Broken Gun is a work of autobiographical fiction.

David tells the story of his life in active addiction blending pieces of fiction into the story in order to be honest about events, emotional responses to those events, and to protect other people involved in those events and times.

David's first book, Channel of the Broken Gun, was used by The University of Calgary in a Spring 2010 Sociology course. He removes the characteristics of a linear time line in order to tell the story more accurately without the danger of causing more harm to people who may have been participants, whether active or passive, in the story itself. In his mind they have suffered enough, just as he has, and in no way is the intent of his work to do anything other than tell his story as a participant in the world around and within the human being.

DISCOUNTING prices on Davids novel "Channel of The Broken Gun" .  Click on the link below to order your copy today.